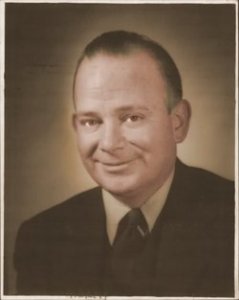 When you list Hall-of-Famers the Mets have employed, you perhaps wouldn’t want to overlook Tom Meany. Meany, the Mets’ public relations guy in 1962-1963 and promotions director in 1964 (does that make him the father of Banner Day?) took the alleged would-be route of Adam Rubin toward baseball employment, having jumped the fence after decades of writing about the game, working with several papers and authoring over a dozen books, while gaining a rep as one of the game’s great raconteurs. When the famed Toots Shor’s Restaurant closed, guess who was the toastmaster on their last night.  None other than Tom F. Meany, that’s who. A room full of well-oiled athletes, writers, and celebs of all stripe, and Tom was the one that held the room together for the evening.

But more than a wag, he had a nose for a story. His big scoop as a baseball writer had come back in 1932 when he ducked under the bleachers during a rain delay at the Polo Grounds and stumbled upon the scene of John McGraw packing his office up to turn the team over to Bill Terry, ending a legendary 32-year career by sneaking out not-quite-as-unnoticed as he wanted to. The scoop was among the biggest stories broken by The New York World-Telegram. Meany became sports editor and columnist for tabloids now mostly forgotten — PM, The New York Star, and The Morning Telegraph — before becoming sports editor for the not-forgotten Collier’s magazine. When Collier’s too closed, he must’ve seemed like a carrier of a fatal disease, but he went to work for the Yankees on special promotions in 1956 before joining the not-yet-born Mets. END_OF_DOCUMENT_TOKEN_TO_BE_REPLACED